About Operation Tinker Bell and its Cryptologic Challenge 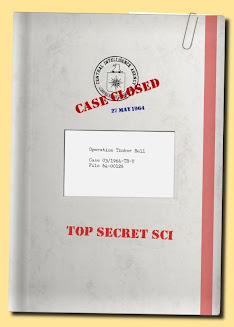 1964. The Cold War is raging. John F. Kennedy was killed last year, there's still no peace agreement in Korea, the U.S. invasion of Cuba ended in disaster and the Cuban missile crisis almost caused a nuclear war. The newly built Berlin Wall splits Germany in half and political unrest grows in Czechoslovakia. South Vietnamese prime minister Diem was assassinated last November and President Lyndon B. Johnson is preparing to enter the Vietnam conflict...

March 17, 1964. KGB Colonel Alexander Rogozin contacts the U.S. Embassy to Turkey. CIA officer Robert Novak from the Soviet and Eastern Europe Division is sent to Ankara to meet Rogozin. Novak’s assessment: Rogozin is disillusioned in the Soviet political system, his military career and his marriage. He wants to defect to the United States and his knowledge of communications technology and cryptology could be valuable to U.S. intelligence.

Both CIA’s new Science & Technology Directorate and the National Security Agency (NSA) are most interested. Novak is assigned to Colonel Rogozin as his case officer and CIA headquarters in Langley designates codename GYMNAST to the defector. 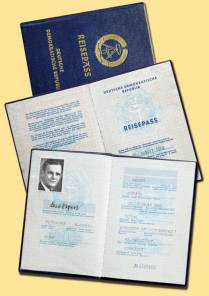 Novak persuades Rogozin to return to Moscow, assume his normal duties and collect additional intelligence before defecting in the near future. Rogozin’s contact person in Moscow is Roman Danilov, a CIA operative under the cover of UP journalist, attached to the U.S. embassy to Moscow. A first secret meeting between Danilov and Colonel Rogozin is scheduled on April 5.

On the day of the meeting, Danilov leaves his apartment at Vorovsky street 29 at 11:35 hours Moscow time. The next morning at 08:15 local time (00:15 in Langley) CIA station Moscow reports to its headquarters in Langley over secure channels: Danilov failed to report after his meeting with Rogozin. Note author: Vorovsky street (Улица Воровского) was renamed Povarskaya (Поварская) in 1991.

The subsequent investigation confirms that Roman Danilov disappeared. There’s no word of KGB Colonel Rogozin. The defector turns out to be dangle, a bait to identify CIA agents, or a KGB staged recruitment that went horrible wrong. That same morning, Danilov is officially reported missing.

Bill Hensley, Chief of CIA’s Soviet Division is furious about the loss of his operative. Robert Novak is ordered to track down Rogozin with all available means. Operation Tinker Bell, the search for the false KGB defector, has begun.

You are assigned to Operation Tinker Bell as COMSEC Officer. It is your task to decrypt all message traffic, sent between Langley, it's stations abroad and agents in the field. This sounds harder than it actually is. All required crypto tools, keys and clear instructions are provided. If you can type on a keyboard, you can decrypt the messages.
In order to get a good view on the operation, we advise you to keep a record of all decrypts and investigate all information like places, services and units that you find in the messages.  Also check the ⓘ buttons underneath photos for additional information, and translation buttons for non-english pages are also available. 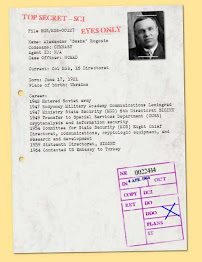 Start by examining all Personal Files to familiarize yourself with all persons involved. It is important to know their code names and agent ID's, which are used in all communications.

Next, you should visit the COMCEN (Communications Center) to update your knowledge about how Langley and its stations abroad communicate with each other and with agents in the field, both by cable and by clandestine radio transmissions. You will learn to use 1960s state-of-the-art crypto equipment and one-time pads to decrypt messages.

Finally, for each message you encounter during the operation, you must retrieve the appropriate keys and one-time pads in the Crypto Room in order to decrypt that message.

Please select the Start Operation or Archive tab when you're ready for your first assignment. We advise you to keep a record of all decrypts and investigate all information like places, units and names you find in the messages.

*** WALL OF HONOR ***
As of 2021, when you deciphered all messages, send us an e-mail (see address below) with all plaintext solutions attached (for instance as .txt file) and we add your name to the Wall of Honor at the bottom of this page, and at the Cipher Machines and Cryptology website. Did you complete the challenge before the Wall of Honor was created, then please contact us.
Success!

If you finished the operation, or you have a question or comment, then contact us. Use the e-mail address below or  visit the Cipher Machines and Cryptology contact page.

The content of Operation Tinker Bell, all ciphertext messages and their plaintext version are copyrighted. It is not allowed to published or distributed plaintext messages in any digital or printed form.

Disclaimer  Operation Tinker Bell is a cryptologic adventure, based on historical information about intelligence agencies and their modus operandi. The operation, involved characters and messages are mostly fictitious. Any resemblance to real persons or intelligence operations is usually purely coincidental. Most images are unrelated to the fictional story and are used only to support the storyline. The content of the game is not intended to support or condemn the views or actions of any person, country or organisation that might appear in the messages.
We can neither confirm nor deny the existence of this operation but, hypothetically, if such operation were to exist, the subject matter would be classified and could not be disclosed ⓘ